HONG KONG, Jan. 9, 2023 /PRNewswire/ — The Hongkong and Shanghai Hotels (HSH), owner and operator of The Peninsula Hotels, is delighted to congratulate Professor Ngaiming Mok, Edmund and Peggy Tse Professor in Mathematics and Chair of Mathematics at The University of Hong Kong (HKU), on being awarded the 2022 Future Science Prize – Mathematics and Computer Science, in recognition of his exceptional contributions to promoting the development of mathematics and computer science related basic research in the Greater China region.

HSH Board Director Ada Tse and the Edmund and Peggy Tse Foundation hosted a private dinner at The Peninsula Hong Kong for Professor Mok on 8 January 2023 to celebrate his achievements.

"This is a wonderful recognition of Professor Mok’s talents and achievements, and it is a superb example of Hong Kong’s world-class standing in research and innovation. We sincerely congratulate Professor Mok. Mathematicians don’t often get the public recognition they deserve but in fact, their discoveries have been and will continue to be responsible for changing the world and the course of history. I believe they are the rock stars of the coming century! I hope young people in Hong Kong can be inspired by these achievements to continue to pursue excellence, and to contribute to global advances and breakthroughs in mathematics and sciences," said Ms Tse.

"From Antiquity to the modern era researchers have been working hard to unveil the truth hidden behind mathematical structures, and I am happy to have contributed to this endeavour. Charmed by the beauty of geometry and the mystery surrounding the world of numbers, I have been developing an analytic methodology to tackle long unresolved problems in algebraic geometry and number theory, and I am very much honoured to have been bestowed the Future Science Prize on the basis of the theory," said Professor Mok.

Professor Mok was also presented the 2022 Tan Kah Kee Science Award in Mathematics & Physics in recognition of his exceptional accomplishments in promoting the development of mathematical research of the Chinese nation. Professor Mok is the first Hong Kong scholar to receive the award (counting all fields). 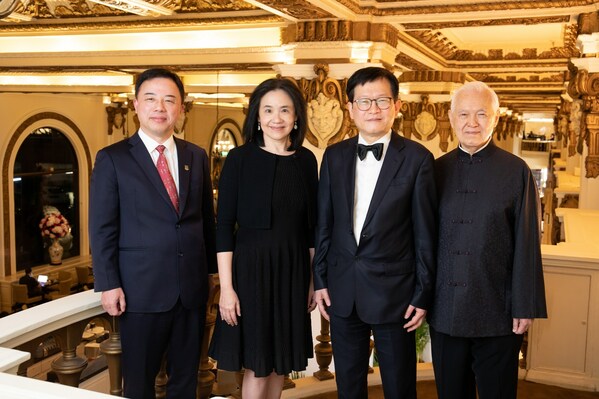 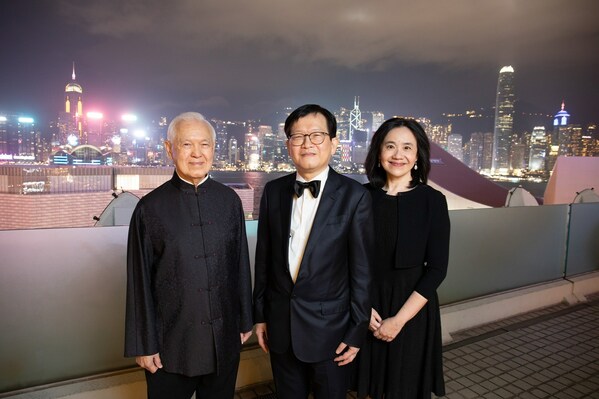 About Future Science Prize
Established in 2016 by a group of scientists and entrepreneurs, the Future Science Prize is to reward scientists who have made outstanding research achievements in our society, enlightening the spirit of science and promoting the development of innovative science among the next generation across China and the world. The Prize consists of three categories: Life Science, Physical Science and Mathematics and Computer Science. The award is nominated by invitation only and professionally evaluated by the Scientific Committee composed of outstanding scientists, upholding the principles of fairness, impartiality and trust. For more information, please visit: http://www.futureprize.org/cn/index.html

About Professor Ngai-Ming Mok
Professor Mok was a graduate of St. Paul’s Co-educational College in 1975. He obtained his PhD at Stanford University in 1980 and embarked on his teaching and research career at Princeton University. Subsequently, he was Professor at Columbia University and University of Paris, before returning to Hong Kong in 1994 to take up a Chaired Professorship in the Department of Mathematics at HKU.

Professor Mok is recognised worldwide for his research achievements. The prestigious awards he received include the Sloan Fellowship Award (US), Presidential Young Investigator Award (US), Croucher Award 1998 (Hong Kong), State Natural Science Award (Class II) 2007 (China), the Bergman Prize of the American Mathematical Society 2009, and the Chern Prize of the ICCM 2022. Professor Mok served on the Editorial Board of Inventiones Mathematicae from 2002 to 2014. He served as a member of the Fields Medal Committee for the world’s prestigious International Congress of Mathematicians (ICM) in 2010, and was a core member for the subject panels of Algebraic and Complex Geometry in ICM 2006, and in Analysis and its Applications in ICM 2014. As Director of the Institute of Mathematical Research at HKU, Professor Mok also strives to provide a platform where researchers in Mathematics can freely exchange their research ideas, and create an ambiance that facilitates cross-fertilisation between different fields of Mathematics. He was elected a Member of the Chinese Academy of Sciences (Mathematics and Physics) in 2015, and later a Member of the Hong Kong Academy of Sciences in 2017.