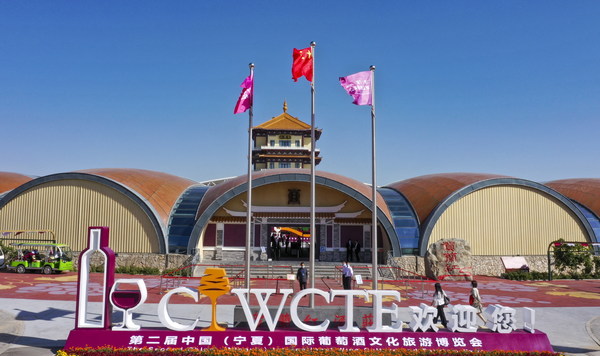 The opening ceremony of the second China (Ningxia) International Wine Culture and Tourism Expo was held in Yinchuan.

The expo, which runs until Sept. 12, features an international wine contest, a wine trade fair, and forums on pilot zone construction as well as wine production, culture and tourism.

According to the Organizing Committee, a total of 797 wine varieties from 43 producing regions in 16 countries will compete in the wine contest, up 25 percent from the previous year.

Fifty-four cooperation projects worth a total of 17.3 billion yuan (about 2.5billion U.S. dollars) have been inked at the expo, covering winery construction, culture and tourism, and wine sales.

Over the years, Ningxia has grown into a major wine-making region in China. In July last year, the National Open Development Comprehensive Pilot Zone for the Grape and Wine Industry, the first of its kind in China, was set up, with the objective of turning the region into China’s Bordeaux.

Data shows that the coverage of vineyards in Ningxia has reached 35,000 hectares in 2021, accounting for nearly one third of China’s total. There are 116 wineries that have been completed in the region, with an annual output of 130 million bottles. Another 112 wineries are under construction.

In 2021, Ningxia saw its wine exports increase by 256 percent year-on-year despite the pandemic.

Caption: The opening ceremony of the second China (Ningxia) International Wine Culture and Tourism Expo was held in Yinchuan.