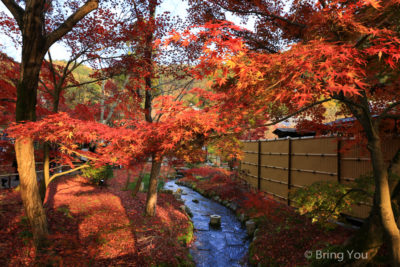 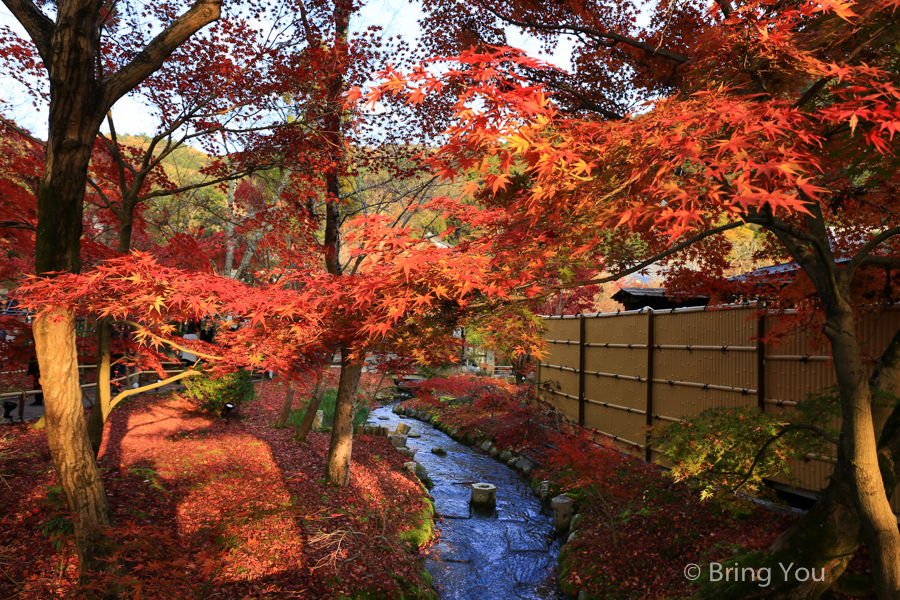 In this fall foliage travel guide in Tokyo, we reveal eight best spots to go leaf-peeping from the city center to the mountain, what months to visit Tokyo in fall and how to dress to impress.

After going through a severe typhoon season and humidity starting to loosen up, Tokyo enters one of the best seasons of the year – autumn. The weather is getting more pleasant and the entire city is soaked in the golden flames of fall foliage. Just like you, we love leaf peeping so much that we decided to share with you the eight best places to view autumn leaves in Tokyo as below!

Arm up for the Fall Foliage in Tokyo: Best Time to Visit and What to Pack

Autumn can be seen as the second most popular season to visit in Tokyo after spring thanks to the mesmerizing scene that the fall foliage has to offer. When you Google “what month is the fall foliage in Tokyo”, it will instantly tell you that the season transition happens in late November and early December.

However, it also depends on the weather of a certain year. It’s expected that the autumn colors will hit Tokyo sooner if the temperature drops lower than average. It’s not downright cold when Tokyo just enters the autumn season and the temperature still hovers around 25ºC.

As it’s getting deeper into the season, the temperature may drop to 10ºC. If you visit Tokyo at the beginning of fall when the weather is warm, pack something light and easy to travel such as short sleeves and light cardigans. At the end of November and early December, remember to put on long-sleeved shirts and layer them with a trench coat, especially if you wander around the streets at night.

Where Are the Best Places to Watch Fall Foliage in Tokyo?

Meiji Jingu is the first place to pop into our minds if you ever ask us where to watch fall foliage in Tokyo! This is simply because Meiji Jingu has the most gorgeous beauty of the season with an authentic flair of Japan’s autumn.

There’s no wonder why Meiji Jingu is featured in many dramas and TV sets! Welcoming you are two weeping lines of ginkgo trees running along a 300-meter-long paved way. The site can be easily reached if you head to the Aoyama-Itchome Station and walk for five more minutes after taking an exit at Aoyama Dori Street Exit.

When autumn gradually hits its climax, the entire street is showered in a stunning golden flame, which seems like the entire corner is burned in the heat of mother nature! Meiji Jingu Gaien is also famous for the annual Jingu Gaien Ginkgo Festival where you can browse through regional products originating from all over Japan.

Encompassing over 58 hectares of footprint, Shinjuku Gyoen came next in line as our favorite place to go leaf-peeping in Tokyo. Born as an imperial garden back in the early 1900s, Shinjuku Gyoen today emerges into the locals’ favorite spot to immerse into genuine displays of Japanese, English, and French garden-scape.

Each of the sections is soaked in the mashup of autumn colors. Yellow, red, and orange leaves dance to the song of autumn to feast your eyes with the best beauty of mother nature. We personally love a long walk around the French garden during fall to capture the gorgeous beauty of roses in full bloom under the rustling foliage from above.

If you get off at the JR Shinjuku Station, take a south exit from the Shinjuku gate and walk for about ten minutes to arrive at the garden complex.

What we love most about the Yoyogi Park itself is its rustic and simple beauty even when the leaves transition into the most flamboyant colors of the year. Yoyogi Park once served as the Olympic Village back in 1964 before it was turned into a public park in 1967.

Take a bike out with you, pack a tarp and a meal on the back of your bike before putting down the best picnic in the fall of Tokyo! Joining the medley of fall foliage are thousands of zelkova trees, ginkgo, and maples dominating 54 hectares.

When you come over the weekends, you have a chance to take in the local vibe as many Japanese citizens flood out into the park and play the instrument. Imagine taking a long walk in the park with your significant other, unwind with the mild melody at the back and watch fall foliage in chilly weather!

Let’s put it this way – when you step into Rikugien Garden, you’re turning into a king or a queen walking around your own royal garden. It’s just so beautiful with thoughtful touches and a logical way of arranging bushes and plants.

When autumn approaches the capital city, you will see brightly tinted autumn leaves dancing above the mirror-like water. Somehow, this scene is reminiscent of a fairytale chapter you once heard back in the bedtime story about the far-far-away Oriental land!

Rikugien is a huge complex and there’re many different viewpoints to take it slow and view autumn leaves to the fullest. We personally enjoy a long talk at the Fukiage-chaya tea house a lot as it opens out to a beautiful lake. Suiko-no-E is famous for the blue lighting show after the sun is out. You can arrive at the Rikugien Garden by walking for seven minutes after leaving the Komagome Station via its south exit gate.

Unlike other natural parks and gardens in Tokyo, Hibiya Park is a game-changer as it offers something new and distinctive to the eyes of the Japanese locals. So in 1903, the park was introduced to the citizens as a “Western park”, and so it became a big hit thanks to a range of benefits you can enjoy even up to now. They have a gigantic fountain right in the heart of the park, a library, a concert hall, and thousands of trees filling up all over the park.

Ginkgo and maple trees are the most popular. If you’re just looking for a relaxing day to refresh your energy, simply stroll around the park, listen to the chirping birds, sit by the bench, and enter your blue mind by chilling by the lakes. Hibiya Park is just two minutes walking away from Kasumigaseki Station.

The uniqueness of Koishikawa Korakuen can be boiled down to the way it assembles all the iconic sites of Japan into one big complex. The most incredible corner of the garden is definitely the red Tsuten-kyo Bridge crossing over a tiny stream underneath. This corner is especially meaningful to us as we are the types of people who like forest-bathing and reconnecting with nature.

If you really want to take it slow and enjoy the autumn leaves, you may spend one good hour wandering around the park. Little do you know that Koishikawa Korakuen dates back to the early 17th century, making it one of the oldest parks in the capital city. To go leaf-peeping in Koishikawa Korakuen, ride the Toei Oedo Line and get off at the Iidabashi Station.

The University of Tokyo

No matter what you do or where you go, never forget the University of Tokyo when it comes to leaf-peeping in Tokyo! This place is a perfect photo-op if you want to feed your Instagram! Trust us, bring your camera along and you won’t be disappointed!

The entire campus is soaked in the golden burning flame of ginkgo leaves, setting a big contrast against the large old trunks. The good thing about the University of Tokyo is how the century-old trees are preserved up to now. And so when the sun is up, all the golden trees glow to the reflection of sunlight.

Oh yeah, and last but not least – the reunion statue of Dr. Hidesaburo Ueno and Hachiko. It’s going to be an emotional silence especially after you hear about the heartbreaking story of Hachiko waiting for his master at the train station till the day Hachiko left the earth. The University of Tokyo is within walking distance from the Hongosanchome Station and you need to ride the Oedo line to get there.

Ending our list of where to watch fall foliage in Tokyo today is Mt. Takao. The best time to climb the mountain is somewhere between mid-November and early December.

Getting to Mt. Takao is just so easy! Take an exit from the Takaosanguchi Station after you ride the Keio Line. Then you can either climb along Trail 1 or ride the cable car to the summit and admire layers and layers of leaves covering the gigantic mountain along the way.

Kasumi-Dai is the vantage point nestled on the peak of Mt. Takao. The lookout offers a stunning vista engulfing the entire mountain and Tokyo skyline in the distance.

Now that you know where to go to view autumn leaves in Tokyo. Make sure to share it with your friends and plan the best vacation now!