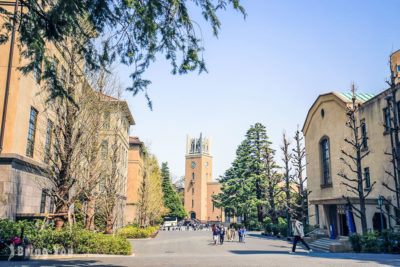 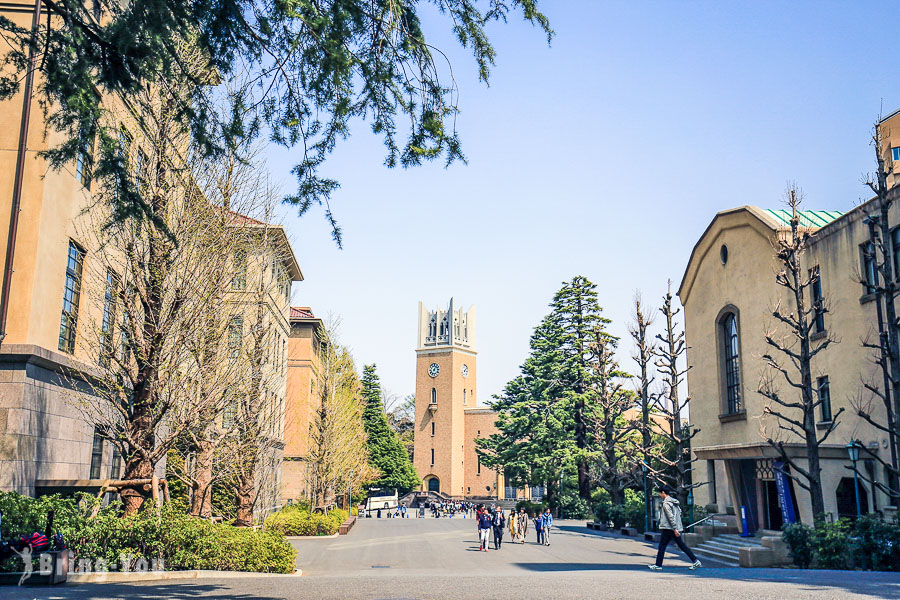 Located in the heart of Tokyo, Waseda is domestically and regionally known as the most prestigious Japanese university particularly for its humanity education

The bustling Tokyo is so pressured not only to locals but also to visitors like us who stay in Tokyo for more than a week, so we are thinking that why not take a breath from the hustle of the city with a morning walk through the Waseda University （わせだだいがく） in Shinjuku, the university has benches under old-grown trees, offering a perfect place to sit and watch people. Unlike the rest of Tokyo city as restaurants or department stores squeezing everything in a small box, the campus is extensive, buildings take quite some minutes to get to in between, classrooms are huge and high ceiling, it’s a comfortable walk through the top three tertiary institutions in Tokyo.

Also Read：Top Things to Do in Tokyo

The entire building is like a bizarre cake decorated in detail, the facade features a ceramic figure adorned with colorful tattoo design along with iridescent tiles and stone-carved face.

The curving wrought-iron balconies take the form of pads, and the wrought-iron vines sprawl the corner of the building. The elegant Art Deco stained-glass windows are designs of Art Nouveau. There are more to explore about the interior, but we arrived too early in the morning, so we missed the stave’s giant hand and so many others. But it was still a great building and made a perfect beginning for our walk around the Waseda University.

A Serene Walk in the Waseda University

It was early in the morning while we passed the entrance of the university, there were not so many students in the campus yet, but lots of people dressing in shirts carrying briefcase hurrying their way to the administration building, they are not standard Japanese businessmen wearing a suit and tie but people working in the schools wearing a little more casual-style clothes.

Across from the square to the administration building is a garden flourished with greenery, there is a cafe right next to it with tincture of artistic literature which forms the perfect environment to write stories.

Walking from the cafe to the East Gate, there is an European architecture on the right end after the first corner from the gate. It’s a building designed to imitate the British Fortune Theatre from the reign of Queen Elizabeth in the 16th century, Tsubouchi Memorial Theatre Museum,  a museum devoted to the history of drama to memorize Tsubouchi Shōyō for his work with theater and a 40-volume translation of the works of Shakespeare into Japanese.

The Waseda Campus in Shinjuku is the main campus of the university, schools of education, law, economy, politics all located in this campus, the space in every building is wide and high ceiling as a big contrast to the rest of the city, it’s like another dimension off the Tokyo city, so serene but still lively.

About 10:00am or so, students finally waked up from the bed and marched into the classrooms. Groups of students chatted cheerfully in the campus, unlike those styled boys and beautiful girls in Shijuku and Harajuku, students dress in a more casual style, boys wear shorts and T-shirts while girls dress in pants, some students even wear flip flops, I think those are more Uniqlo style of clothes, for comfortable and durable.

There were also high school students in the campus on a Waseda tour, their guide were explaining the what every school and its building is, and the history of statues of the university for the teenagers. They are the future of Japan, and Waseda university might be on the route of their journey. But those students were unbelievably quiet and staring dully at the guide , I knew their minds are already out somewhere else.