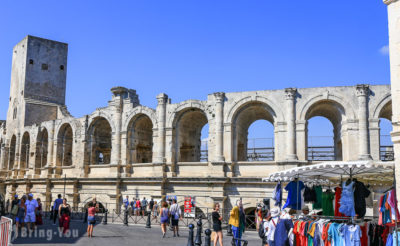 A Day Trip to Arles from Avignon: Follow Van Gogh’s Trail of Art 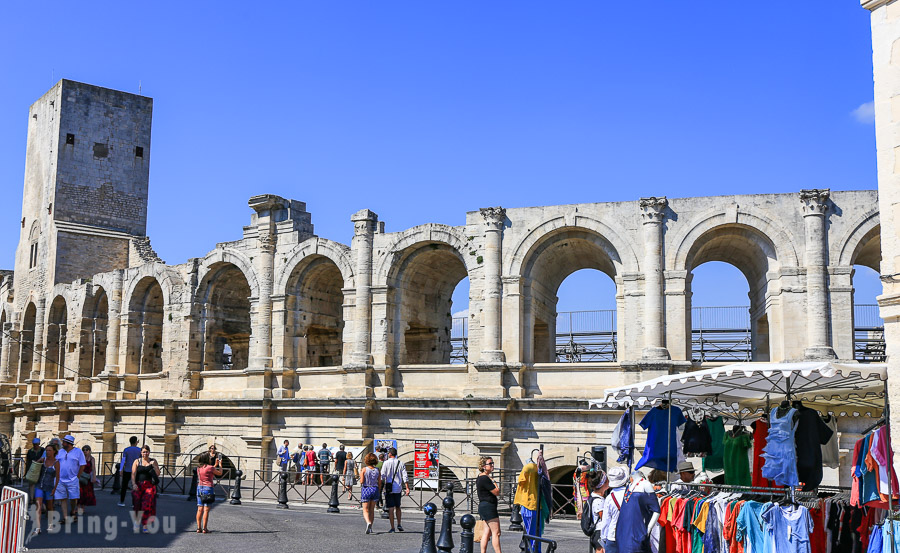 Is Arles worth visiting? And what is Arles France known for? I’ll reveal the best itinerary and attractions that give you an insightful and exciting discovery in Arles, Provence.

Provence is amusing countryside, but the beauty of this fine town goes beyond the endless lavender fields and good food. Provence encompasses a large footprint in the southeast of France, stretching from as far as the Alps down to the Mediterranean coasts of the French Riviera.

There is one thing you should know about Provence, it’s home to some of the most incredible Roman ruins, gathering in the splendid town of Arles running all the way to Avignon.

Fast forward to the Victorian era, Arles became the home sweet home of the talented Van Gogh, whom God loves die young. My trip to Arles centered around his amusing collection of arts. Roaming through unique hilltop cities to the romantic Rhone River, chilling by Café de Nuit to the famous Yellow House smack dab in the heart of Place Lamartine.

This article introduces my Arles itinerary and the tourist attractions so you don’t have to search them up yourself.

How to Get to Arles from Avignon?

Avignon has a lot of buses and trains that connect the city with Arles and St. Remy. This impressive network of public transport allows you to design your city-hopping trip from morning til’ night without any hassle. Many people spend the morning in St. Remy after taking Bus No. 57 from the Avignon-Gare Routiere bus stop in Avignon for shopping. And later in the day, they hail the bus No. 59 going on to Arles.

And that was part of my vacation, stopping by the dreamy town of Les Baux.

Les Baux-de-Provence is a ruined town perched atop a rocky outcrop on the Southern side of Les Alpilles. Even though all the walls of the old fortress remain as ruins, the impeccable height on top of the hill explains why it was chosen as the site for such an incredible fortress.

After a short stroll around Les Baux, I quickly came to Arles. I got off in front of Arles train station. For those who are looking for a return trip, this is where you can buy the return ticket back to Avignon. They also set up instruction signs and maps along the way so you can navigate to reach the urban area of ​​Arles.

How to Spend One Day in Arles? The Van Gogh Footsteps

Place Lamartine was the beginning of my Van Gogh trail. This is a quaint countryside square that is known to have a small outdoor market stall on Wednesday and Saturday. Lamartine Place is also a world-famous place where Van Gogh created one of his most personal pictures, The Yellow House.

During my time there, I was wondering if the Yellow House is still in Arles. Sadly, it is no longer there. The Yellow House was a small rental house that Van Gogh rented after he arrived in 1888. Written in the letter to his sister Wil, Van Gogh expressed his gratitude towards the small cozy house where he felt belonged: “I live in a little yellow house with green doors and shutters, whitewashed inside”.

Walking around this dreamy historic district is a great way to start your exploration further. Embrace the warm sunshine of southern France and find a cute life café to wind down with a hot drink on its balcony.

The history of the building dates back to the 16th century as the general hospital of Arles. However, the primary benchmark of Espace Van Gogh is tied to one of the infamous episodes of the talented artist who cut off his left earlobe in December 1888.

The tragic story became the biggest hook, beckoning thousands of visitors flocking here from all around the world. Following the accident, Van Gogh was sent here for treatment. Also at this very place, he created famous paintings such as “Arles Hospital” while he was there. Today, Espace Van Gogh turned into a museum more or less but the most iconic area to see there is the sun-soaked garden at its heart.

In addition to Espace Van Gogh, you can check out some other famous Van Gogh attractions, such as the Fondation Vincent van Gogh Arles. The art gallery is a perfectly curated hub that guarantees a whale of a time for anyone with an ounce of culture.

As a political and economic center of Arles, Place de la République (Republic Square) is a medley of everything Roman-related. The beautiful, dramatically lit square is peppered with an obelisk and fountains at its heart. In the picture below, the old building on the left side is the City Hall (or Hotel de Ville) while the Church of St. Tophi (Eglise St-Trophime) is on the right.

If you love art and architecture as much as I do, you will be hooked by a heap of the old buildings swathing around the square, ranging from Hotel de Ville, the Eglise St-Trophime, to the Eglise St-Anne. Or if you like to take it slow and soak in the local feel, spend a little more at the fountain where street musicians perform.

Three minutes east of the square following Rue de la Calade, the Roman Theater of Arles is another majestic Roman building steeped in history with rustic and dramatic beauty. Ruins don’t fade with time. Instead, the theater becomes a focal point where thousands of visitors gather at sunset to watch tragedies and comedies. This was once a mighty entertaining hub during the Roman era, which is known as one of their first stone theaters.

Today, the expansive place is covered in ruins with piles of highly decorative chunks of stone reminding you what the facades of the marvelous building once looked like.

If the Roman theater is not enough to satisfy your hunger for history and art, then walk for the next five minutes north along the Rue Prte de Laure to visit Les Arenes d’Arles or the Arles Amphitheater.

Be prepared to be the kid in the candy store, because if you like everything pertaining to art, you’ll be thrilled. This one is like a sibling version of the world-famous Roman Colosseum. They look so much alike, with Les Arenes d’Arles having two wings that can accommodate up to 20,000 people. The Arles Amphitheater was once used for gladiator fights and chariot races.

Consider obtaining the Arles monuments pass that allows you to mix and match multiple options of museums and monuments around the city. The only exception that is not included in the pass is the Fondation Van Gogh.

At the end of the day, I walked back to the central train station to catch the train back to Avignon. I followed the scenic Rhone River, recalling the days when Van Gogh painted “Starry Night Over the Rhone”. A turquoise river is still a place of dreams, and I’m sure its beauty will not fade even when the sun beams down. I also caught sight of a ship that was sinking in half.

Looking for more travel ideas for an authentic and hassle-free experience in France? Check out my articles below: