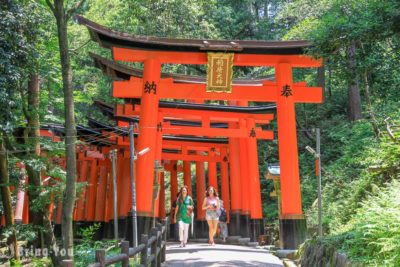 Fushimi Inari-taisha Shrine, Kyoto: The Hike, The Crowds, The Best Time to Visit 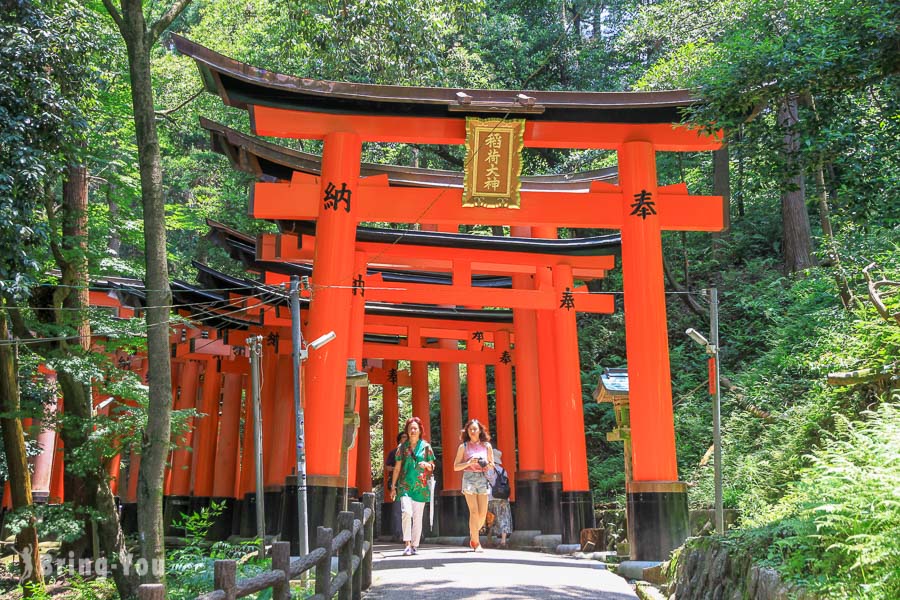 Uncover what to see, hiking time, what time to avoid, history, and more in this traveler’s review of Fushimi Inari-taisha Shrine, Kyoto!

Fushimi Inari-taisha, also known as the thousand-torii gate shrine, is hands down one of the coolest photo ops in Japan. We’ve known of the shrine long before we actually visited it because there was a time when it took social media by storm.

Even if you only have a few days to spare in Kyoto, Fushimi Inari-taisha is still a must-stop in your checklist. It was very crowded at the bottom part of the shrine on the day we were there. But if you’re brave enough to stay tuned and linger all the way up to the summit, the view is surely way better when you have the entire space to yourself.

What Is the Meaning of Fushimi Inari-taisha?

Shinto is a traditional Japanese nature-based religion. According to Shinto believers, Inari is the kami of rice, with kami being loosely translated into “God”, or “Goddess”.

All over Japan, there are thousands of Shinto shrines dedicated to Inari, a rice goddess, and her fleet of adorable, holy fox messengers. Thanks to such impressive beauty and cultural value, Fushimi Inari-taisha has become the head shrine of Inari.

This digestible travel guide will uncover everything you need to know, including hiking time, what to see, the views, festivals, and more!

The Gates and the Foxes

Out of many shrines left in Japan, Fushimi Inari-taisha in Kyoto emerges as the most popular call to tourists all around the world. It’s recorded that there are over 10,000 gates lining up all the way from the bottom to the top of the mountains, creating an enchanting, quirky hall on the alpine of the hill.

Walking this mystic hall is a part of the fun experience. You will spot many statues of the foxes standing by throughout the grounds. Their role is like the guards leading you to the worshiping shrine of Inari at the summit.

There is a tiny detail that we found really interesting! If you look closely, you would see a key every fox is holding in its mouth. And since those foxes are the messengers of the Goddess of rice, those keys are meant to open the granaries.

Learning about these little cultural things is the beauty of traveling. And in such a traditional country like Japan, we got to learn so much more about all those stories that not many people are aware of.

Ema is the Japanese saying for wooden votive plaques. Those plagues are incredibly famous at Shinto Shrine. They usually come in various drawings and sizes with unique designs symbolizing the shrine itself.

At Fushimi Inari-taisha, those ema are designed in the shape of a torii gate.

Thanks to such a beautiful and flamboyant appearance, these ema at Fushimi Inari-taisha are some of the most impressive designs we’ve seen. As a votive plaque, they have wishes written all over with gorgeous, fiery color.

The Right Direction to Explore Fushimi Inari-taisha Like a Local

Navigating at Fushimi Inari-taisha is not the end of the world despite the density of the crowd.

Right behind the main shrine at the front of the complex, you will see a path split in two: the left and the right, which are known as Senbon Torii. You get in and go up on the mountain on the right and go down to the exit on the left side. As you make your way to the top, you’ll see several spots with sundry smaller shrines en-route.

Alright, keep going until you’re halfway through, which is about half an hour from the main front shrine, you’ll encounter the Yotsutsuji Intersection. This T-junction welcomes another group of tourists thanks to the best views over the city and far-flung mountains from the platform. Another reason why this platform is crowded is that this is the last rest stop before you carry on to the summit.

The last big shrine of Fushimi Inari-taisha is located at the top. You’ll need a 70-minute walk from the main shrine at the foot of the mountain.

Walking here is not easy. It’s not something for everyone and we only recommend it if you have really good shoes and are confident in your fitness level!

Is It Worth Checking out the Summit? Is It a Good Hike?

As we said, it’s totally worth it to check out the top of the hill after you’ve seen all the red gates. If your fitness level agrees, don’t let this chance go to waste! By the time you get to the summit, you’ve already spent all of the effort to complete the route so it would be a waste if you leave the shrine at the summit stranded.

But again, we only recommend it if you have an hour or more to spend. Since most people stick to the bottom only, you’ll end up having more space to yourself to take as many photos as you want. Plus, it’s gonna make a great, epic two to three hours hike for outdoor enthusiasts. Your legs are gonna be sore the next day. But in return, you’ll have a complete, fulfilling experience!

How to Get to Fushimi Inari-Taisha from Kyoto Station?

Final Words: What Time Should You Really Go? And When to Avoid?

As a traditional Shinto shrine, Fushimi Inari-taisha witnesses an insane crowd at some specific times of the year.

The 1st of Jan is the beginning of a new year. Over 2.7 million visitors flock to the shrine to send their wishes to the Inari. This unbearable congestion will last for the next two days.

8th and 9th of Oct are the happenings of Kouintaisai which take place at 1 pm. This is when Inari worshippers offer food and prayers for the blessings of the previous 10 months and a good harvest ahead.

On average, there’s at least one festival taking place at Fushimi Inari-taisha. Some certain months such as January, April, and November have up to five different ceremonies and festivals.

Even though the shrine is packed on those days and you cannot keep track of all of the main happenings at the shrine, you can still get there somewhere between sunrise and 9 am when it’s mostly quiet.