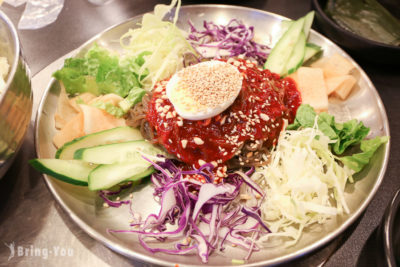 What to Eat in South Korea: 11 Must-Try Korean Food That May Change Your Eating Habit 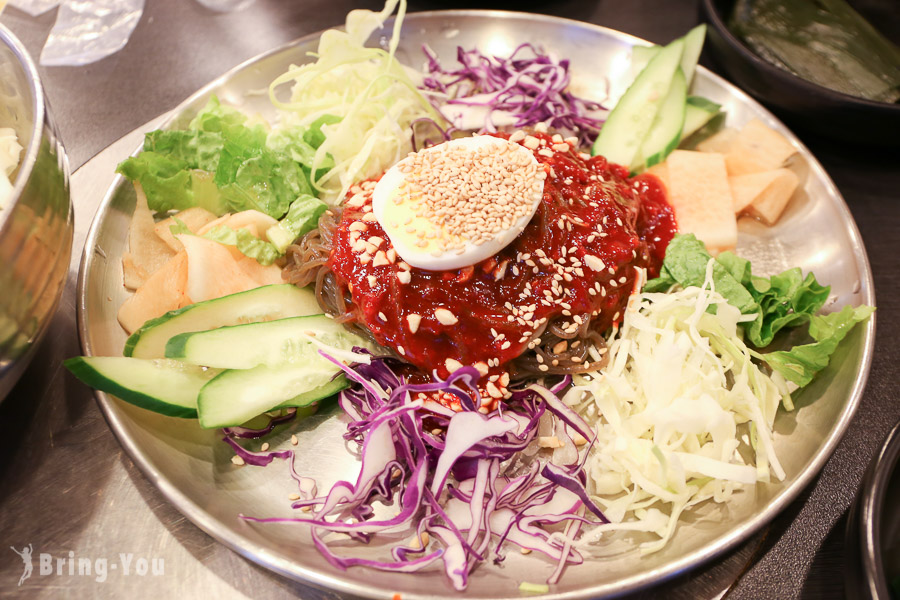 Read on to discover the most popular dishes in this Korean food guide!

It goes without saying that Korean food has been on the world’s gastronomy map for such a long time. Being a part of Korean culture, Korean food takes off its wings and flies to many countries around the world, establishing a fun and unique eating habit of worldwide foodies. In this handy guide, we will reveal ten of our favorite Korean dishes. Some will coordinate with the weather while some of them are meant to enhance your inner health!

Korean Cuisine – An Epicurean Delight to Wake up Your Taste Buds

What is the first thing that springs into your mind when we talk about Korean food? The spiciness? Colorful? Fried chickens? Lots of veggies? Or nutrition? We must admit that along with the K-culture, Korean food has already stepped out of its borders and flown to almost every corner all over the world. It has become one of the most popular Asian dishes that everyone craves for.

As a long-established Asian country, Korea has evolved its gastronomy through social developments and political conflicts. The most outstanding thing you’d notice about Korean food is the sharing habit. Unlike Western cuisines where everything usually comes in a single-serving portion, Korean food comes in a large serving where everyone can share.

They have a main dish and side dishes. Some dishes are made to beat the chilly days, while some others are born to beat the heat. Korean food is heavily concentrated on balance, which is the key idea affecting your inner health – as well as the balance of yin and yang.

11 Must-Try Korean Food That Takes the World by Storm

Alright, calm down! We know many of you are going crazy over chicken fritters! Who doesn’t love chicken fritters? But in Korea, we feel like finally there’s a special stage where fried chicken is taken to a whole new level!

Chimaek is a weekly staple in Korea. And most of the time Chimaek is served as anju which is a finger food with alcohol. Every night, you will see crowds of white collars spilling out to the streets getting ready for their guilty pleasure.

Chimaek is a mashup of chikin (chicken) and maek (beer). Chimaek fever sweeps through the world with its boneless wings or legs slathered in sweet and spicy sauce and finally sprinkled with sesame before being torn out by your teeth.

Next up, we have Army Stew, one of the most popular dishes in South Korea! Get ready to drool down your chins guys and girls because Army Stew is a mouthwatering hot pot to beat the chilly days in Korea.

The best restaurants in Korea serving Army Stew will bring you a massive boiling pot of Kimchi, sausages, spam, cheddar cheese slices, and of course – ramen noodles. We want to break down the meaning behind this iconic name because we’re sure you are wondering what it actually means! Budae is a generic term for the Korean military base, while Jjigae stands for soup.

The soup was invented soon after the Korean War ended when food supply was a scarce source in the South. That was when American processed foods flew in and became a staple food for Korean armed men. And so today, Budae Jjigae is a medley of American processed food harmonized with traditional Korean gastronomy. It gives you one of the best Korean dishes to jot down your bucket list!

Spicy, rich, and savory, Gamjatang is a must-try cuisine in South Korea. Pork bone is the star of the show. Simmered in the milky bone broth for a long time with Korean chili flakes and chili paste served as the base of the broth.

Pork bone soup gives you a spicy kick that reflects an authentic Korean flare. It coordinates perfectly with the rainy days, especially when you share it with a group of friends or family. The best restaurants serving Gamjatang must have tender pork that’s easily pulled off from the bones. Rice is usually served as a staple food, which pairs perfectly with the hearty and delicious soup.

Translated into ginseng chicken soup, Samgyetang is no joke! It takes the world by storm as an iconic summer dish loaded with a high content of nutritious values. We wouldn’t prefer Samgyetang as a hearty and rich soup, but it’s definitely famous for a tender, refreshing, and savory combination featuring a small chicken stuffed with rice.

The broth is a mashup of simmered ginseng, garlic, and jujube, making it a locals’ favorite to beat the heat on the hottest days of summer. A good serving of Samgyetang will freshen up your inner energy and balance the body heat.

Chuncheon dakgalbi is a brother in crime with Chimaek! Jokes aside, but these two are iconic Korean dishes that share similar tasting profiles, and only the cooking techniques set them apart. Chuncheon dakgalbi is Korean stir-fried spicy chicken. Yes, it’s spicy – once again!

Dancing in a large iron wok is a group of chopped marinated chicken and a bed of rice cakes, sweet potatoes, perilla leaves, and sliced cabbage. We usually prefer boneless chicken but you can order bone-in chickens in every restaurant serving this popular dish.

Some Chuncheon dakgalbi has a modern twist to it, in which you can see a few slices of cheese covering on the top and melted to soak with rice cakes beneath.

Along with Budae Jjigae and Jamjatang, Sundubu Jjigae is one of the most sought-after Korean stews. Instead of chicken or pork, Sundubu Jjigae has its torch of soft tofu as the star of the show. When it comes to which ingredients are cooked in the stew, you usually have seafood, kimchi, or minced pork.

We personally like seafood a lot because it balances out the flavor of tofu and makes it more fun. Just like most of the Korean food out there, Sundubu is spicy but it’s not downright burning! You can go for a moderate level with the right spicy kick to delight your taste buds.

When it comes to our favorite Korean food, Samgyeopsal is the answer! Don’t get us wrong! We love everything we recommend on this list but Samgyeopsal is really fun and delightful if you have a group of friends. More than just a cuisine, Samgyeopsal is a culture.

It’s a stress reliever for white collars after a long working day. So basically, Samgyeopsal refers to sizzling grilled pork belly. The best Samgyeopsal will have a perfect ratio of striations of lean meat and fat in one cut. And so when you toss them on the charcoal fire, that sizzling sound pops by your ears and makes you crave for more!

Who says Korean food is all about spiciness and grills? Mul Naengmyun will change the way you think about food! Cold noodles flooded in chilled broth is the whole reason behind it. Topped with beef and radish water kimchi, Mul Naengmyun is the best comfort food when the scorching sun is wearing people down.

The chewy noodles are made of buckwheat and potato starch instead of egg or rice noodles, which gives the dish a distinctive flavor. If you haven’t had it before, get ready to delve into a mild and refreshing taste Mul Naengmyun has to offer!

Kimbap was the first cuisine to introduce us to the marvelous world of Korean food. It’s just so popular and easy to eat that you can even make it yourself. We’ve never seen any restaurants in Korea that don’t serve such a thing! So basically, Kimbap is rice rolled in seaweed and stuffed with multiple ingredients.

There are so many versions of Kimbap that evolve over the time. Kimchi is usually a must-have, along with cucumbers, sliced omelet, carrots, and especially – beef! You can even have pork instead of beef if you want to. Some rolls have a modern twist in them that switches rice to the outside, seaweed to the inside, and finally, sprinkle it with black sesame.

It’s a huge mistake to overlook Seolleongtang on your bucket list! The whole idea about Seolleongtang is boiling down ox bone legs for a few hours in a milky beef bone soup. The final result is impressive! You have a bowl of rich and creamy broth loaded with many vitamins and minerals.

Seolleongtang takes root in Seoul. As the bones are simmered over low flame for several hours, they are distilled and extracted into the broth, which finally gives off a milky, cloudy soup. Seolleongtang is served with rice as part of a shared meal.

In Seoul, Sinseon Seolleongtang is perhaps the most visited restaurant where locals and tourists alike pop in every day to enjoy a 35-year-old recipe.

To cap off this list, let’s have a bowl of bibimbap and share it together, shall we? There’s nothing fancy about bibimbap and that’s why we love it so much. Bibimbap represents a home-cooked meal that your mother and grandma make whenever you come home from college.

Cooked rice makes the base of the dish, while the topping is filled with runny egg yolk, cabbages, carrots, pepper paste, soy sauce, soybean paste, and sliced beef. Mix them all up and you have a beautiful, delicious mixed rice bowl that you want to devour to the very last bite!

Are you ready to devour every Korean dish we mentioned above? Book your flight ticket to Korea right away and amaze yourself with every last bite!