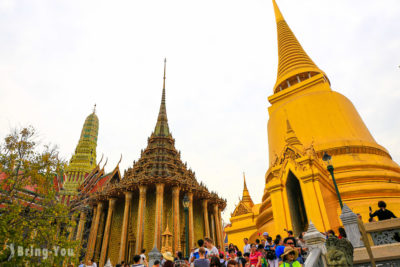 Is Grand Palace in Bangkok Worth It: A Beginner’s Travel Guide 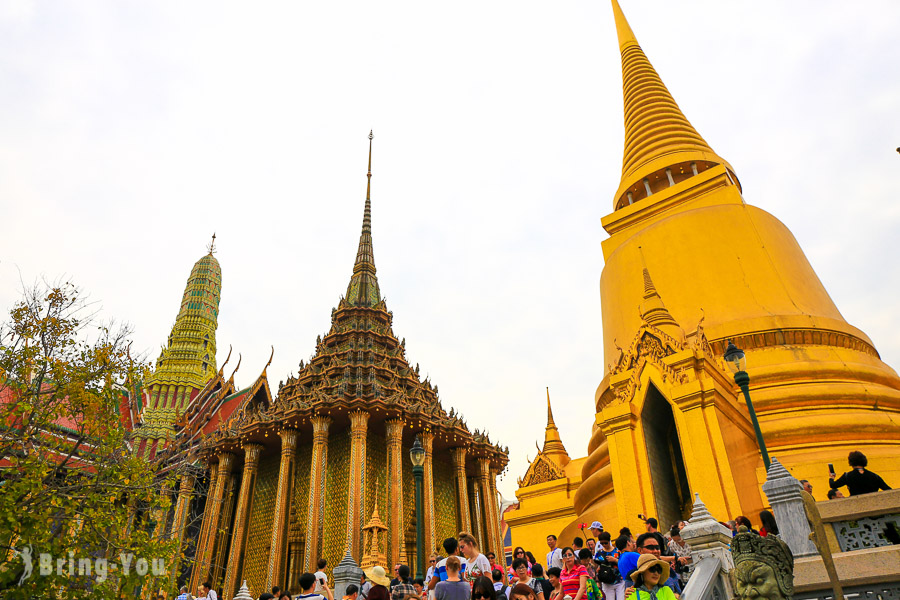 Are you wondering what Bangkok Grand Palace is known for and what is there to do behind the high white walls? This travel guide to the Grand Palace will give you a heads-up.

Do you know that the Thai royal residences are keeping 20 royal palaces in custody? Amongst them, the most talked-about one is the Grand Palace located right in the heart of Thailand’s capital city.

The Grand Palace once served as the official residence of the Thai royal family from the 18th to the 20th century. And I still remember that the Grand Palace was the first thing I wanted to see out on a bucket list of the best things to do in Bangkok. I jotted it down on my third day in Thailand back in 2016 with my best girlfriend.

The sheer beauty of traditional Thai architecture infused with a classic Western flare makes the Grand Palace one of the most interesting things to look at.

In this travel guide, I’ll show you everything you need to know before visiting the Grand Palace for the first time, including how to get the tickets, suggested itinerary, recommended outfit, and more.

Buying tickets on-site is one of the worst things you may experience at a famous attraction. And the Grand Palace is no exception. So instead of getting drowned in a sea of people in the heat of Bangkok, opt for a Skip-the-Line Admission Ticket including direct access to both Grand Palace and Wat Phra Kaew. No wait line, no sweating, no crying kids – check out my favorite online ticket deal below:

What to Wear to the Grand Palace in Bangkok?

Just like any other temple and sacred place in all of Thailand, you’ve gotta keep it lowkey when visiting the Grand Palace. Once again, anything covering your cleavage, shoulders, back, and knees should be prioritized.

Bangkok is generally hot and humid year round so layering up is not necessary. Opt for breathable and stretchable fabric. When it comes to footwear, steer clear from slippers, flip-flops, and sandals.

If you happen to not get the right stuff in time (baggage lost, perhaps?) then head out to the rental store at the entrance where long skirts, trousers, and shawls are available for rent and sale.

A Quick Rundown to Its History and Layout

The Grand Palace was brought to life in 1782. For the first 150 years, it served as the official residence of the Thai royal family, the Royal court, and the administrative seat of government until the 20th century. Today, it is a meeting venue for all kinds of ceremonial and auspicious events.

Note that the Grand Palace is not the only attraction there. It’s indeed part of a huge complex consisting of the Wat Phra Kaew, the Outer Court, the Central Court, and the Inner Court.

What to See Inside the Grand Palace?

First thing first, you will encounter the Outer Court right behind the entrance gate. This area plays host to the government departments where the Kings came by every day to chair the national business such as the civil administration, the army, and the treasury.

From there, you can walk directly to the Temple of the Emerald Buddha which is a stone’s throw away from the Outer Court.

From there, keep walking and you will see the Central Court where the Kings conducted the state events. Keep in mind that you cannot see the entire court but only the two throne halls opened for public visit. Despite the access limit, the exquisite ornamental details carved on the facade are marvelous to enjoy as part of the impressive giant structure of this area.

I spent a good 2 hours there (perhaps more) with my best girlfriends and I failed to count how many shots I took at the palace. Who knows there is a huge collection of meticulously manicured statues, ornaments, the Jataka tales, golden kinnarees, and symbolism from Buddhism nestled behind these high, white-washed walls?

The Scams at the Grand Palace and How to Avoid Them

Steer clear from any ‘helpful local’ who tries to approach and play a trick on you by saying things like ‘oh, the palace is closed today’. Eventually, they will try to take you elsewhere like a souvenir shop where you’ll end up with a hard sell.

Some con artists wearing the guard uniform are the walking red flags themselves. They will pretend to accuse you of your improper clothing and that you won’t be allowed to enter the palace. If it happens, leave and enter the main entrance. Even if you’re not dressed properly, the officials will address you to the right rental kiosks to get a cover.

Looking for more ideas during your trips to Bangkok? Check out my curated travel guides below:

Explore more of our adventures around Thailand: